Spotsylvania County proudly shares a distinctive heritage that visitors can experience through our significant sites, markers 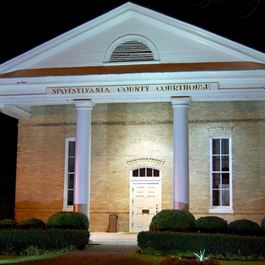 and battlefields. Be sure to see the Spotsylvania Courthouse District, designated a Virginia Historic Landmark and listed in The National Register of Historic Places in 1983. Four major Civil War battles occurred in Spotsylvania County, and it was the Battle of Spotsylvania Court House that marked the beginning of the fall of the Confederacy.

The Crossroads of the Civil War

Spotsylvania County is known as "The Crossroads of the Civil War," and the Spotsylvania Courthouse was the scene of one of the bloodiest engagements of the war. Because of its strategic importance, the intersection of Routes 613 and 208 controlled the shortest route to Richmond. Lee used the Spotswood Inn as an observation point, and Berea Christian Church was used as a hospital during the fighting. The District represents important historical periods in Spotsylvania County, from the building of the Spotswood Inn, 1838, through the Civil War, to serving as the present location of the Spotsylvania Government Center. 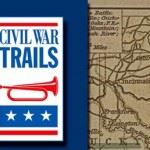 Today, the Courthouse Village is a lively addition to the District, with its tree-lined brick sidewalks, park benches and lamps that create a neighborhood of times gone by. The Village draws visitors and residents to enjoy its shops, cafes and restaurants, as well as the festivals and entertainment at the Village Pavilion.