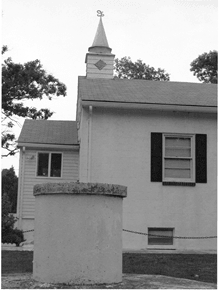 Orange County boundary where gold, zinc, lead and sulphur mines provided significant non-farm income to families. On this road as early as 1791 was the established Mine Road Baptist Church where the membership before the outbreak of the Civil War was reportedly one hundred forty-eight, almost equally divided between white and black members.

One of those black members was a coachman for a white congregant. The coachman took the bold step of asking permission for the black members to start a church of their own. His request was forwarded to the pastor, Rev. E G. Baptist, who, after consultation, granted the request.

The colored members walked a brief way down Mine Road to a dirt path (now Lane’s Corner) where they established a church they came to call Little Mine Road Baptist Church. The year was 1859 – four years before the Civil War – and this church became the first established African American congregation in Spotsylvania County. 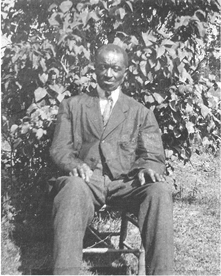 It took 18 years, but on September 1, 1877, the members had saved enough money to buy land from black farmers and fellow members Reuben and Lucy A. Johnson. They built a frame church in which to worship. In 1902, a second sturdier church building was constructed.

Little Mine Road Baptist Church also has the distinction of being the location of a meeting in 1909 of the Spotsylvania Sunday School Union (SSSU) where James Lewis Terrell I, Superintendent of the Sunday School at Branch Fork Baptist Church and a trustee of the SSSU, made a motion to build a school in their own community to educate Negro children. Those spoken words manifested a few years later into the Spotsylvania Graded School.