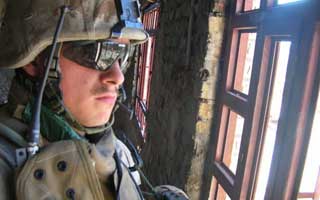 After graduating from Spotsylvania County High School in 2000, he felt compelled to join the Marines, where he found his calling. He served in Okinawa Japan, Korea, Afghanistan, and Iraq. Soccer Field Number 1 at Patriot Park is dedicated to Joshua for his service to our country and selfless actions.